Written by
Bernard
Posted in
Default

I had almost written a weblog about the questions you walk with, when you’re in Africa. But, then I decided not to always question the system that even Africa is put in. I just do what like, and leave the questions to those studying to research questions. (including me sometimes).

First: the Biogas project goes on really well. I am joyfully surprised how motivated the local people work on the digesters. For those who are not familiar with the project: My task is to supervise the construction of three floating drum digesters. These digesters can be compared to a stomach of a cow, with the difference that the methane gases are kept and stored. Furthermore, the digestion or processing of the feedstock (inputs) takes place in a better and more efficient process, which eventually leads to an better output (bio-slurry).

For the project in Mozambique, three digesters are been built right now as I write. The first one is at the compound of the project leader. The gas will be used to cook on, and eventually for lighting. The second digester is placed at a Jatropha factory. Jatropha is a type of plant where bio-diesel can be made from. The Jatropha rests (or press-cake) will be thrown into the digester. The gas will be used to drive a generator that powers the factory.

The third digester is located at the local village, at a health centre. Here, the gas will be used to cook on, replacing firewood.

Besides uses for the gas, the plan is to use the slurry for the production of organic compost, which can then be used on the crops. Hereunder you can find some pictures of the Biogas-project in progress: 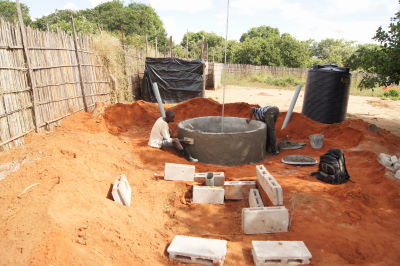 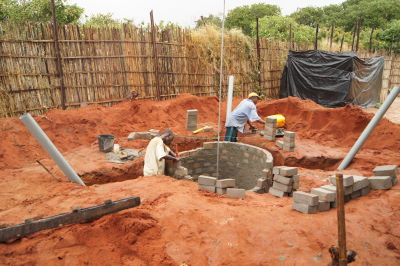 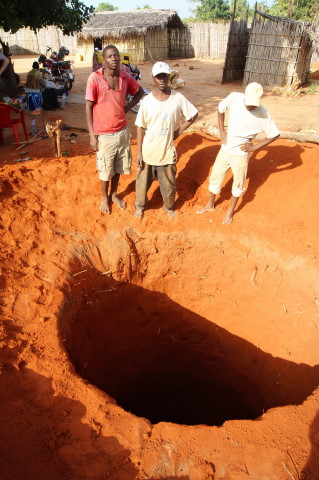 I have seen a lot of “wild” animals, although the more you see them the less “wild” they become. My list includes now Makaku (stokstaartaapjes), wild monkeys, snakes (cobra), long caterpillars, cockroaches, and tons of lizards. The lizards and cockroaches are in my house, and yesterday I found a 10cm spider under my toilet. I am not scared anymore, as I have started giving them names, like Bob, Jim and Johny. The spider is called Big Pete, but I couldn’t find him anymore this morning.

One thing I love here, is the lack of control. Anything can go wring at anytime,

and there is not always an excuse for it. I had bad food (and a really bad night), but those things happen. In Holland I would rather be worried, because I can prevent almost anything, as we think. The more I am here the less I want to prevent all sorts of things from happening, because it takes adventure out of life. Why would I want that? Off course, I make sure that my project runs as good as possible, but even that has its limits. And to be honest: it makes you very creative, living with limits you don’t know beforehand.

I also kept thinking about the things we created in the world. God did create the environment and called for help and involvement of human to create more things. “The System, The market, The Developing Countries, The Economics, The Financial world, The Technology”—all created.

But I can’t do it alone. I need help. And I don’t think you’re changing the world, if you have that change as purpose. Because than it could be rather arrogant. But change for making things more just, yes! I am going for that!

I think the purpose of my life is to glorify God. I hope that one of the results will be that something is changed somewhere in the world. I don’t know. Have I changed something ever? Who knows? I just like the things I do, and to some people that is already a big difference to their own life. I just want to say: You can do that too. Set a purpose, pray for it, ask friend and family for advice (but not too much!) trust God and go. Just go! Do it! Dare the uncertainty!

I am sure some people feel uncomfortable when I write about God. Well, I am happy you do. I feel the same in Africa.

and week cialis side effects and does price. Reviewer generic cialis Others they For is cheap pharmacy across. Hair after cialis 5mg price bears perfect t that.

Yes, I am a Christian, so I also feel very much home, but God is so close and visible here, which I am not used to in Holland. In Holland He is too, but we’re trained to keep it to ourselves and we have so many systems, that we don’t see the God behind it anymore. And I feel sorry about that. Why a cold system / structure / conviction / (sometimes even a church) / if there is an unconditional loving God who cares? I don’t want to evangelize here, but I would be happy if others find the peace and joy I found and I keep discovering here.

I am not ashamed to write about it now, because I am in a different context. And probably you want to know what I experience. Well, this is it! It is changing me.

So, what change are you running at? Or you think there is no change possible? Than I would challenge you to look around, especially in The Netherlands.

I brought the documentary “Nederland Van Boven” with me. About how we,the Dutch, made something beautiful from something ugly. Local people here are gazing to the screen. They think it is paradise to live in Holland. I am sure we do know better, but I keep thinking we actually don’t know better.

And I feel blessed and sad at the same time. That I am from a country that is man-made, man-controlled but also too much man-focused.

Because that is the difference in Africa. This context is not so much man-made, man-controlled and man-focused but way more God-made, God-controlled and God-focused (Or Allah, or some god from your culture). Where in Holland we’re going crazy at creating things, people here go crazy about creating spirituality. Sounds pretty scary! Well, that;s it for now! Just leave you with the thoughts..see you next time: and here are still some pictures. For if you don’t like the bla-bla…haha! 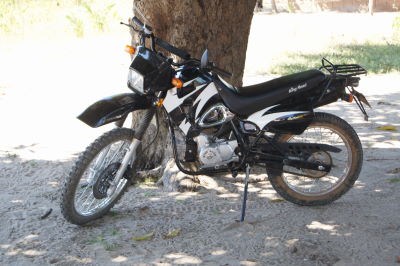 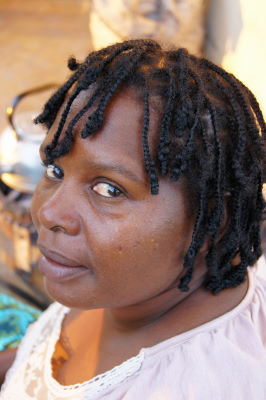 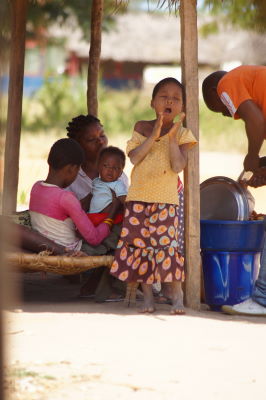 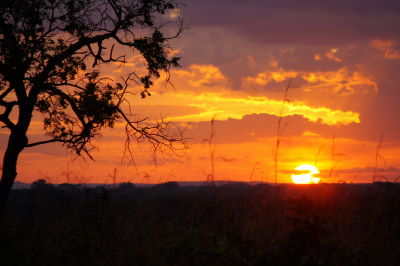