It has been one and a half week ago that the plane landed in Mozambique. It was night, hot and humid. The people who were picking us up, knew we were there, because the plane was of big size.

The first thing I observed was: Portugese! Oops. I can’t talk Portugese! Happily there are people around who can do a little translation. We then drove to our 1 night hotel. The next morning I woke up and walked to the beach. This was what I saw: 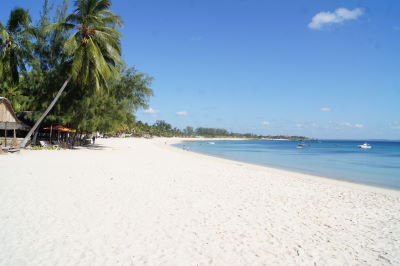 Believe me, there is no better wake-up in a strange country than this one. The temperature was pretty, 25 degrees, and the water very clear. I felt home.

Then we started working. I am in Mozambique to construct three small-scale biogas digesters at a project in Bilibiza. So, in Pemba we started to explain the concept to the project leaders and then did some shopping. In the evening we drove to Bilibiza. I was very tired, and have slept most of the travel. Two things I do remember though: we’ve seen a lot of owls and I never saw a sky so clear and full of stars as that night. Later I took a picture of that: 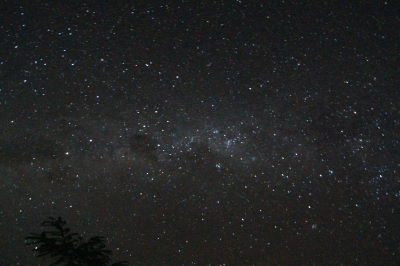 Now, the project has been running for one and a half week. The local builders, diggers, project leaders, all the involved people have been working very hard to make those digesters. They are not finished, but the progress in just 10 days is unbelievable.

I do feel home. In the plane to Kenya, I had a talk with someone who asked me: “Does it get better and better every time you visit Africa again?”. Yes, it does. I feel blessed.

So, here’s another picture. Forgot my razors, so I had a little beard. Sorry mom, I should have taken my electric one with. I forgot to buy normal ones, but now I do have them, so the beard is gone.

So, what’s more to tell now? I don’t know, except that I like the project and place here. It is beautiful. It seems a bit of a contradiction, but the poorer the area, the more beautiful the nature is. Off course, Holland has beautiful spots too, and isn’t exactly called poor, but it can hardly be compared with the environment over here. There is a slight difference, and that is the local people treat nature as a tool and an asset, rather than a treasure or a nice view…So, I have seen pictures of people dancing on top of dead elephants (because they caused deaths in the village), heard stories of people killing monkeys (just for the sake of killing) and have seen many dirt heaps. It’s is weird to admit, but I am getting used to it. Which doesn’t

say I agree with the killing of elephants, but if that animal killed your family members, what else can you do? Call the WNF and ask for a nice protection plan? Give up your farming, and look for another job, which is not there? Make a reservation park, and move out the villagers? It is not that simple, I guess. So, as long as I don’t know the answer, I just try to accept local realities.

Beside those interesting topics, I do have a lot of fun. I learned how to drive a tractor and a motor cycle. Without helmet or any safety measures of course. You’re safe until you discover you’re not. I am careful, but sometimes I prefer this attitude.

So, that was it for now. I close with just one more picture; that of the local welder. He has been busy providing us with a mole to make cement bricks. 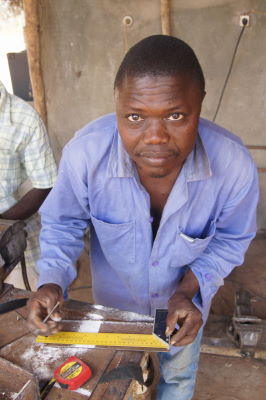 As I have to say, African people are the most creative ones I have ever seen under humankind. He made a mole that was so perfect, especially given the circumstances (just a wooden shack, that’s the whole workshop), that I was very happy. Now we can make straight and proper bricks. So, to honour this man a bit, I put a picture of him at work right here at this weblog. Keep updated!